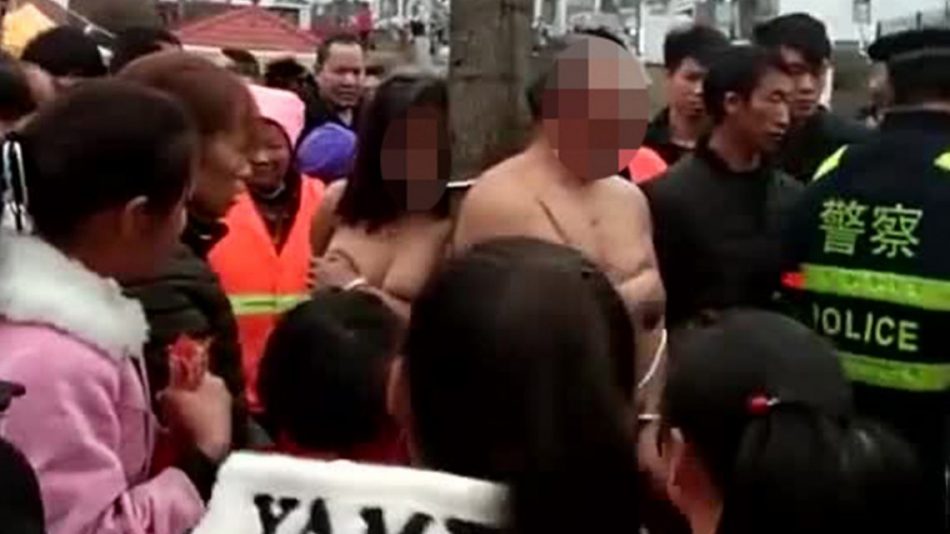 A cheating husband and his side chic have gotten more than they bargained for after they were caught in the act by the man’s wife who stripped them naked and tied to a tree.

The furious wife allegedly frog marched the couple into the street before tying them up in front of a jeering crowd as punishment.

In the clip people are seen gathering around the pair in the Mingtian area of China’s Guizhou Province and the Police officers appear to do nothing as people point and laugh and the topless woman who desperately tries to protect her modesty with her hands.

The Huishui county public security bureau confirmed the incident took place revealing that the wife had taken drastic measures with the help of her family after what is described as an emotional dispute.

It is unclear if any arrests were made.


WHATS ON
cheating , Side chic