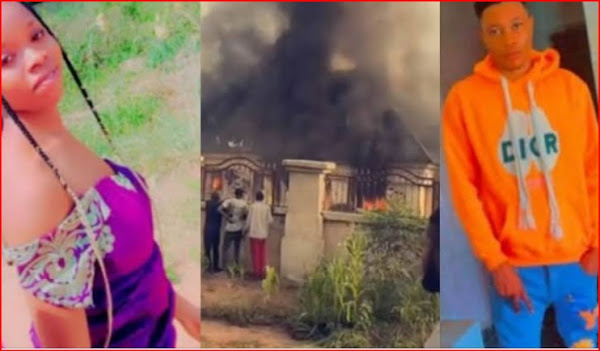 An alleged Yahoo Boy identified as Chukwukere Ifeanyi, is currently on the run after raping his neighbor’s 14-year-old niece to death in Ehime Mbano local government area of Imo State.

The suspect allegedly dragged the victim, Iwunze Amarachi, to his room, where he drugged and raped her to death on Saturday night, June 11, 2022.

A source says, “The girl is an orphan who was living with her family members. On the Saturday she died, she went to her aunt’s house to help cook in preparation for a festivity but during the overnight cooking, she went missing and was later found dead in the guy’s apartment. She had been raped repeatedly. It is believed that he dragged her to his room and drugged her when no one was watching”.

He is currently on the run and his apartment has been burnt down.