Yemi Alade RESPONDS To “Kicking Tiwa Savage Out Of The Throne” 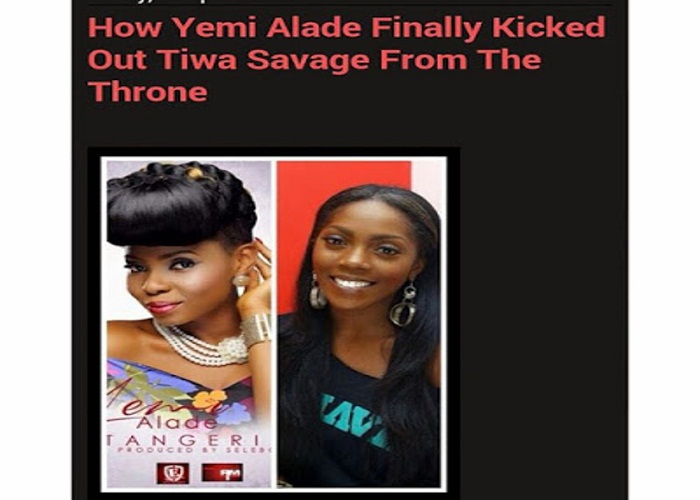 On friday, the story of “How Yemi Alade Kicked Out Tiwa Savage From The Throne” was circulating largely and basically all the article said was that Yemi has dethroned Tiwa Savage officially after conquering Africa as a continent and winning the MAMA awards for Best Female Act.
Now, it seems that the “Johnny” crooner, Yemi Alade, has gotten wind of this article and is now responding.
See her response after the jump:

Yemi posted the picture above with the caption:

MEDIA , FANS, FRIENDS ,YOU NEED TO FIND A MORE ENCOURAGING APPROACH!! SO MANY FEMALES ARE ON TOP OF THIER GAME!! THERE ARE MANY THRONES AND NOT JUST ONE!! STOP PUTTING US UP AGAINST EACH OTHER!! TIWA SAVAGE IS A KING ANY DAY ANY TIME IN HER OWN RIGHT!! AN ICON TO MANY #