Yemi Alade Speaks On Her Relationship With Alex Ekubo 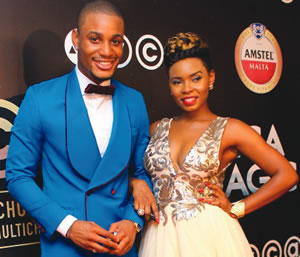 Nollywood actor, Alex Ekubo, featured in Yemi Alade’s Jonny video and that wasn’t enough to set rumours of a romantic relationship between them flying until they were seen out a lot at different events – Well, in an interview with Saturday Beats, the promising songster clears the air…

“Alex Ekubo and I just shot a video together and that was it. Even though we attended some events together, it does not mean anything. We are very cool friends, there is nothing between us.

And she said further:

“I found five ‘Johnnys’ in France already and I am going back to pick the right one. I kicked off my Europe tour in Paris and it was on Valentine’s Day and that is how I met them.”

“I lost over 90,000 followers which made me a bit unhappy. The erotic messages that were sent to Phyno were not from me. It was the hackers that sent it to him. Right from the moment a picture of Snoop Dogg with marijuana was posted, that was not from me. My PR team has been sending messages to instagram but we are yet to get a response. I think it is because we are in Africa; they tend not to attend to our messages on time. But my team in London is working on it even if it means deactivating it. I have a new instagram page now. However, I started my tour on that day and it elevated my mood.”

So free your mind of every wrong notion – Yemi Alade and Alex Ekubo are just friends!!!