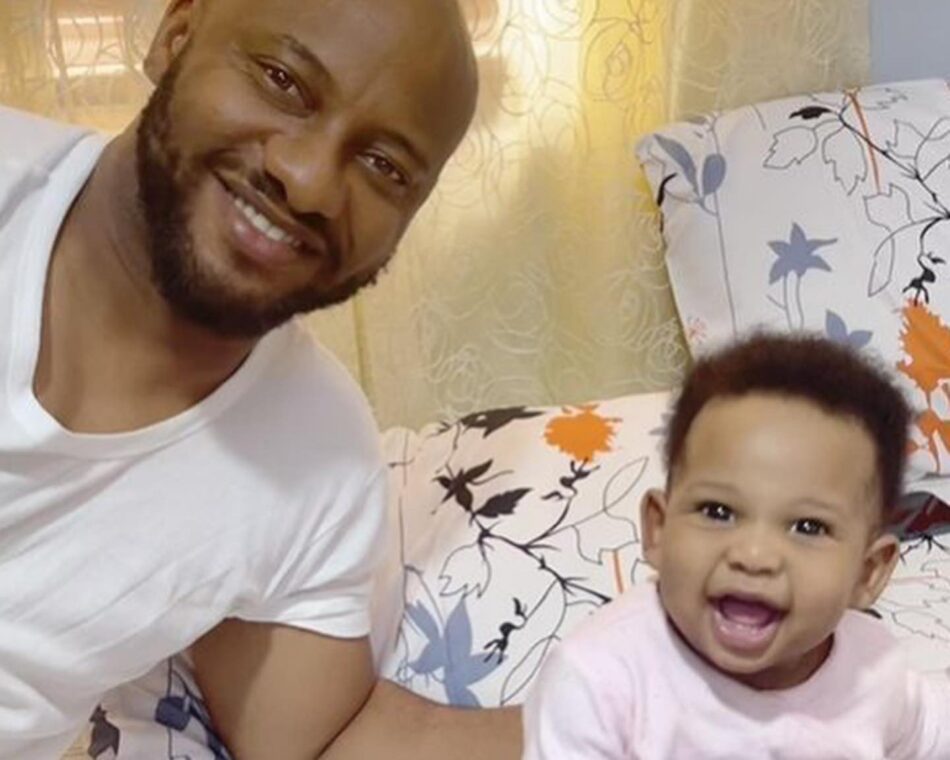 What would you do if you were at your place of work, just lazily scrolling through your mobile device, and then suddenly, your husband of over 17 years appears on Instagram with a baby boy whom he introduces as his son, and the kid’s mother as his second wife?

That is the shocker which renowned actor, Yul Edochie has slammed in the face of his wife, and fans. Yul is the last child of veteran actor Pete Edochie.

The massive surprise package knocked fans dizzy, and added another dimension to celebrity marriages as the respected thespian unraveled the bombshell of his secret wife and baby to the world.

This news was particularly distressing for many out there due to the fact that in a past update, Yul had plastered his wife May with every flowery compliment a Romeo can offer to his Juliet.

In that former post, Yul had explained how May was the woman who stood by him from the point when he had nothing, and never left his side even when he didn’t have a job.

The couple which is blessed with 4 children (3 boys and a girl) never had differences known to the public. In fact, they were an item of admiration at the recent 40th Birthday bash in honour of billionaire music exec, Emeka Okonkwo a.k.a. E-Money.

Currently, many angry fans are all over Yul Edochie’s social media pages, tearing him apart for betraying a woman who built him into who he is today. While some assert that polygamy is not a crime within the African society or even in Scriptures, others are of the opinion that he should have properly informed and be in agreement with his first wife before the move.

Going down the archives of social media posts, this incident might have given the public some clues as to why Mrs. May Edochie posted the following message in November 2021:

“Never forget a woman who helped you build yourself and stand by you when you had nothing… if she was with you in hell, be with her in paradise,” the post read.

She personally wrote under the photo message: ”Not for this generation.”

Only time will tell how this all came about. In the meanwhile, many fans are still gushing over the astonishing beauty of the newborn son who is every shade of cute.

Since Yul Edochie who is the man of the house has expressed his readiness to make a second wife out of Judy, the actress that bore him this second son, we await to see where the story leads from this point on.